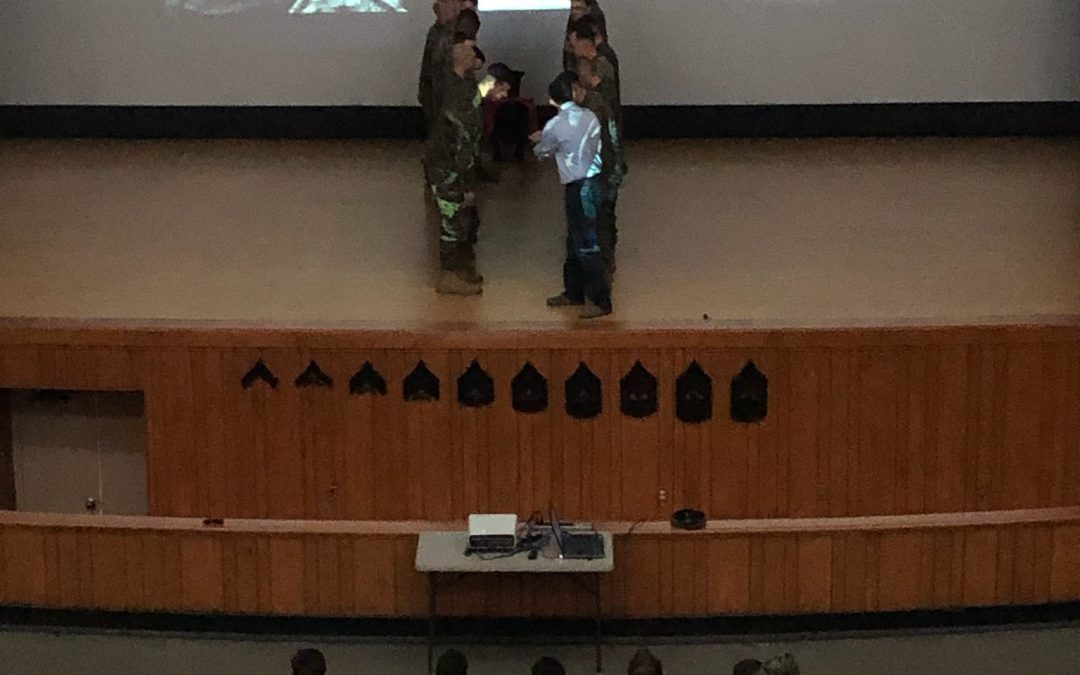 When I speak at conferences and events I usually bring along a golf ball and a bucket with me.  These are the items I need to complete the water bucket challenge.  Depending on the environment and layout I may use the entire audience or 20 volunteers to create two teams.  Each team is on either side of the bucket facing the other team in a straight line.  I’m at one end of the line with a quarter and the bucket filled with water and the golf ball is at the other end of the line.

During this exercise no one is allowed to talk.  I will flip the quarter, when I catch the quarter the only people allowed to see it are the two participants standing closest to me at the end of their line.  If the quarter lands heads up then these participants squeeze the hand of the person next to them in line.  Once the next participants feel their hand squeezed, they squeeze the hand of the person next to them and the squeezes continue down the line.  When the participants at the end of the line feel their hand squeezed, they reach into the bucket and compete to see who retrieves the golf ball first.  (This typically results in some water splashing out of the bucket)  The team that recovers the golf ball is awarded one point.

What if the quarter lands tails up?  If the quarter lands tails up, the participants do nothing.  They don’t squeeze, they just stand there until I flip the coin again.  However, often the participants get into such a rush they squeeze even when it lands tails up.  Once they squeeze, the squeezes continue until the last person proudly reaches in and retrieves the golf ball from the bucket of water.  I say proudly until they realize it landed tails up and they weren’t supposed to squeeze.  If they retrieve the ball when it lands tails up the other team gets the point.  Remember, the participants can’t talk.  So, the person who squeezes first can’t say “Stop!”, they just have to let it happen.  First team to whatever point number I designate wins.

What does this exercise have to do with driving and decisions?  Usually people say “reflexes”.  Maybe a little, but the main point is that decisions work just like this exercise does.  Once you make a decision, we have to deal with the consequences.  If we make a bad decision behind the wheel it can often end with a tragic result that we can’t go back and change no matter how badly we would like to.  That’s important to remember the next time you’re tempted to text while driving or get behind the wheel after a few drinks.

That’s the reason and purpose behind the Water Bucket Challenge.