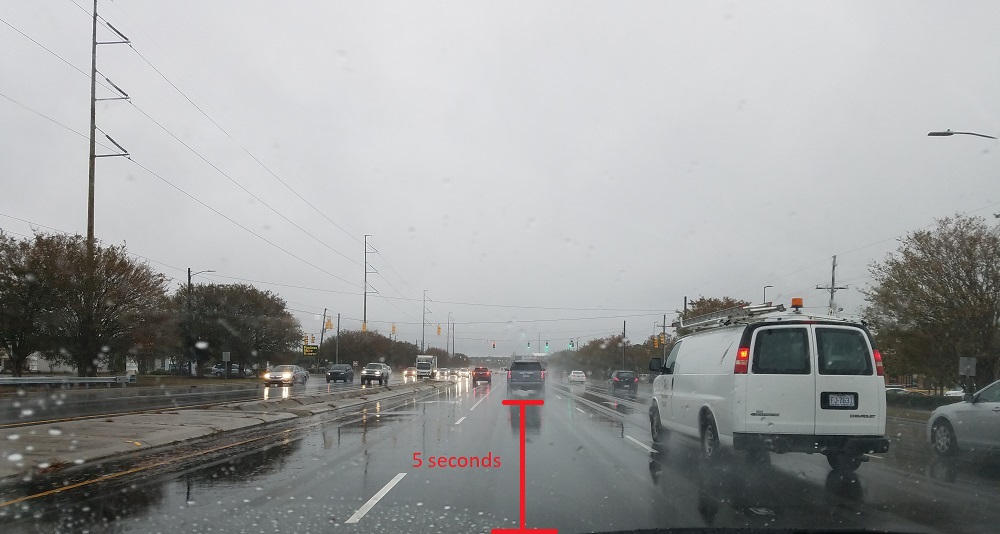 If you were to ask an experienced driver what an ideal following distance is they would probably say something like “One car length per 10 miles per hour”.  However, since those times things have changed a bit.  Mainly because many individuals have a hard time determining what a car length is when they’re stationary and find it nearly impossible going 70 mph down the highway.

Your following distance along with your attention are your number one defense against car crashes!