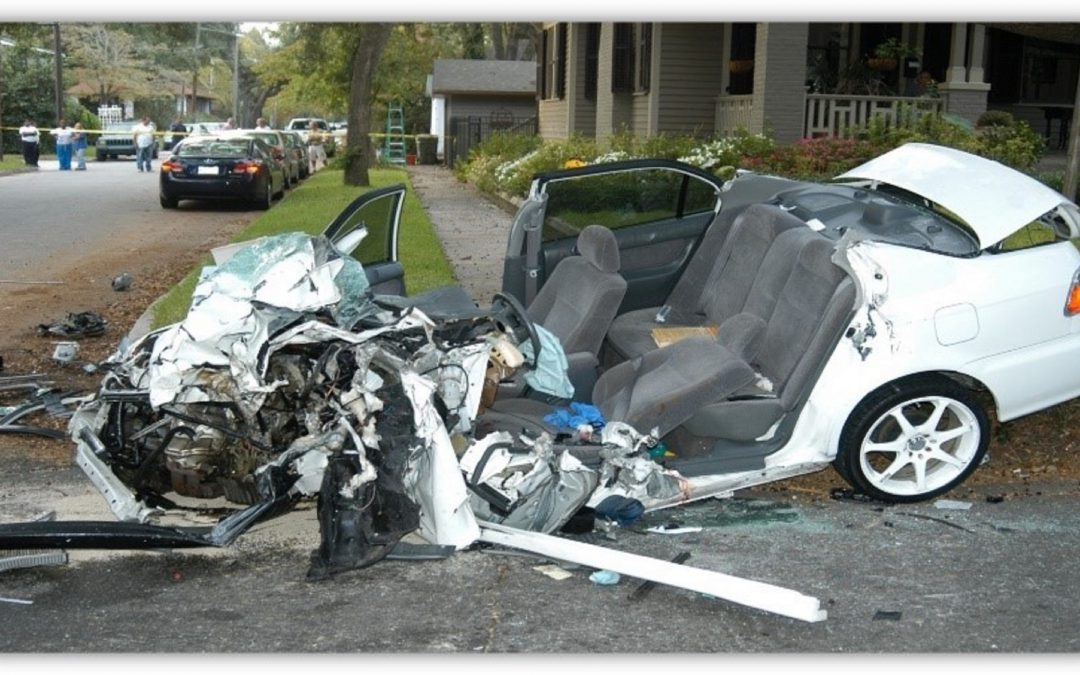 Joe Fitzgerald is the owner of Southeastern Driver Training Center and a former Traffic Crash Reconstructionist. Joe has testified as an expert witness in Traffic Crash Reconstruction, Drug & Alcohol Impaired Driving, Standardized Field Sobriety Testing and The Streets and Highways of Wilmington, NC. In 2015 Joe was certified by the NC DMV as a Driver Education Instructor.

Sometimes I get asked by clients, “What’s the worst crash you’ve investigated?”.  That’s a tough question to answer because I’ve been to so many over the years.  It’s always extremely difficult when someone dies in a crash and you have to explain to a parent what happened.  Those crashes are probably the most difficult but when I think of the word “worst” I immediately begin thinking back to the crashes resulting in the most damage to the vehicles.  There are a few that come to mind.  I’ve been to crashes where people were crushed behind the steering wheel or thrown from a vehicle and died from striking a metal pole.

However, the crash that I would consider the “worst” I’ve investigated isn’t a fatal crash.  It resulted in serious injury but fortunately none of the occupants of the vehicles died.

It was around 5:45am on a weekend morning when my cell phone rang.  I woke up and noticed it was the front desk of the police department calling.  I knew immediately something bad must’ve happened for them to be calling at that hour.  I answered and that’s when the front desk receptionist told me I was needed to respond to the scene of a major crash.

I quickly got up, threw on my uniform and started to the scene.  When I arrived I was surprised to see a crowd of emergency workers standing around what appeared to be a white Honda.  You see usually, if I was called out from my house, by the time I would arrive on scene the individuals were already at the hospital or if they were still on scene that was usually because they were deceased.

When I stepped out of my patrol car I immediately heard a young lady screaming in the crashed Honda.  I walked over to check the severity of her injuries and peaked over the shoulder of the firemen working to free her from the mangled car.  When I caught a glimpse of the young lady, I immediately noticed that her left femur had snapped and was now protruding through her skin.  I felt certain this young lady was going to die.  The firemen and paramedics worked for nearly an hour to get her free from the wreckage.  They eventually freed her and rushed her to the hospital.  She had suffered a long list of injuries but they saved her life.

The other driver, who was impaired by alcohol at the time of the crash, escaped without physical injury but later would be sentenced to 5 years in prison.

Why is this the worst crash I’ve investigated when I’ve been to many more that resulted in someone’s death?  Because I could hear the pain and suffering this 22 year old young lady was enduring and knew that her life and bright future had been put on hold.  Not to mention, this crash didn’t happen at 2am in the morning.  It happened when many people are heading to work.  It could’ve been one of my family members or yours.

Our roads can be very dangerous and unforgiving.  Make good decisions and drive defensively out there.  Our lives depend on it.